How to Win Her Back after a Break Up – Can Miracles Really Happen?

Just my personal blog writing about love, relationships and marriage. 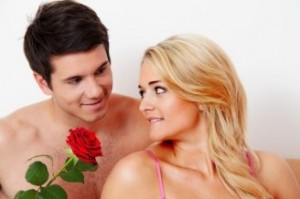 No matter who was at fault, or who called it off, a break up is devastating.

Most of the time you didn’t even mean to break up, but you were spurred on by anger and disappointment.

When you look back at these breakups you feel so much regret for the things you said and those final words which ended it all.

If you could turn on your time machine and change it all, you would.

Fortunately, the very thing that caused your breakup can be the same thing that enables you to rekindle the relationship again.

Learning how to win her back after a break up is a tough call, but tough doesn’t make it impossible.

There are a few basic rules you need to learn:

#  Don’t Beg –  Women like confident men who can stand up for her and their family. Instead of begging to have her back, let her know that you want a second chance. Give her time to give a response, and don’t rush her.

#  Flowers and Chocolate Won’t Do – Mature relationships have issues that flowers and chocolate won’t fix. Although romantic gestures are appreciated, using them without addressing the real problem will backfire.

#  Focus On Positive Points – Some relationship advice tells you to focus on the character traits that your spouse or girlfriend fell in love with at the start of your relationship.

But you have to realize that people change and relationships evolve over time, if you cannot grow together, you will grow apart. Instead of looking too far back at what attracted her to you at the start, look at the now and recognize signals in which your girlfriend responds positively to.

Listen to what she has to say and make the effort to do the things that make her happy.

#  Don’t Use Jealousy –  Avoid any advice centered on making her jealous. This only brings up negative emotions, placing you firmly in the jerk category.

#  Don’t Be Desperate – There is a fine line between connecting and stalking. Calling her every 5 minutes and following her to where she works will only alarm her and make her think that you’re a desperate stalker. Persuasion isn’t about harassing her, it will only solidify her resolve not to get back with you. 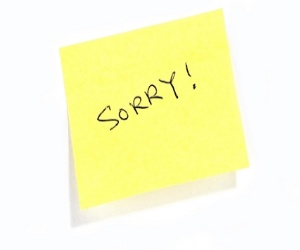 #  Apologize – Relationships are a two-way street and both of you have your shortcomings.

Learn how to get her back after by sincerely admitting the mistakes that you’ve made in the relationship.

This will let her know how serious you are about making the relationship work, and that she can rely on you to make the positive change.

#  Don’t be Afraid to Get Professional Help –  Most men aren’t used to the idea of talking to counselors about their problems. It goes against their nature to have someone else solve their problems for them.

However, professional counselors can help open channels of communication as well as increase your understanding of your partner, leading to a healthier approach to the relationship.

Once your girlfriend or spouse realizes the steps that you’ve taken towards getting her back, she will be more than willing to give your relationship another try.

Winning her back after breaking up starts with a decision to be a better person the second time around. Make mature choices and alter your behavior accordingly, showing your partner that you are serious and willing to make the relationship healthier and better than it was before.