One of the best books you can find online for saving your marriage. No fluff, just actionable and sound advice from a professional Marriage Counselor. 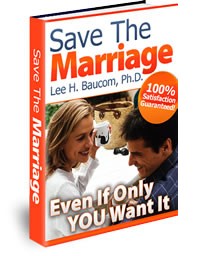 Visit "Save The Marriage"

How to have a Happy Marriage: 58 Coaches Share Their Best Pieces of Marriage Advice (100+ Tips)

Most people prefer not to be friends with their exes after a breakup because they feel that there will always be a lingering feeling of bitterness and resentment, which will make the friendship impossible to happen.

If it is a really crappy relationship that ended in a completely shitty breakup, then the idea of being friends with the other person is definitely out of the question.

However, being friends with an ex is not exactly an impossible feat as there are former couples who have managed to stay acquainted as friends even after the relationship is over.

If you want to remain friends with your ex-boyfriend because you feel that he is an integral part of your life and you still care about him in a platonic way, you can still do so but you have to tread on this path lightly.

Becoming friends with an ex can be a minefield that can blow up both of your future relationships if you cannot handle your emotions well.

However, there are things that you can consider to make sure that fostering a completely platonic relationship with your previous flame will not turn out into a hideous disaster.

More from RelationshipsAdvice: How To Make Him Express His Feelings To You

Never Rush Him into the Friendship Stage

The one true fact about breakups is that most of them are totally messy. Even when it was not done with a chock-full of tears and spiteful words, a breakup will always be a grueling ordeal that both people in the relationship go through.

If you are planning to become friends with your ex after you break up with him, never offer friendship right off the bat.

Telling him that you can still be friends immediately after breaking up with him is very insensitive of you even when your intentions are clear.

You just ripped his heart into pieces, and you are only adding insult to his wounded emotions when you delegate him that quickly into the dreaded area called friend zone.

Do not ever think that you are doing him an immense favor by offering him to stay as platonic friends after the breakup.

If you still want to be friends with your ex-boyfriend, give him enough time to move past the hurt before you explore the idea of becoming friends with him. You need to make sure that he has really moved on from the breakup and that he is completely over you.

One major issue that makes being friends with an ex a complicated scenario is that you both have seen each other naked. You had SEX. Hence, it will be difficult for him to see you in a different light after being intimate with each other for months or years.

Even when he does not have romantic feelings for you anymore, he will always have that image of you naked, as well as it will remind him of your trysts, so the possibility of friendship with him can be a little impossible.

However, if you really want to stay friends and he is willing to still be friends with you, both of you should know your boundaries.

In simpler terms, being ‘friends with benefits’ should never be an option even when your own hormones are raging because he just got way hotter than when you were romantically involved with him. Do not try to sleep together as it will only confuse him of your true intentions.

If you plan to be friends with your ex, you have to make sure that there is a Great Wall of China with armed sentries at every post between your friendship with him and the idea of sex with him.

Respect the New People in Your Lives

If your ex has found a new girlfriend, you have to make sure that being friends with him will not stir up trouble in their relationship. You have to assure his new partner that you will never be the leech that will suck the life out of their romance.

Even when she welcomes you with arms wide open, you need to send her a reassuring message that you are not a threat.

However, if the new girlfriend does not want you to stay friends with her boyfriend, you should totally respect that. It is obvious that she wants to find a place in his life without you in the same picture.

Take Your Time (Lots of it!)

Give yourself time to process everything.

Focus on yourself and have some “me-time.”

It’s good to have some time alone after devoting most of your time with your ex. Go out on your own and explore things that you haven’t tried while you were in a relationship. You’ll get to know more of yourself this way.

Stop Blaming the Other Person

You are allowed to be angry, but do not constantly blame your ex for the disintegration of your relationship.

If there’s someone to blame, blame yourself.

Accept your shortcomings in the relationship; there is nothing wrong with that. More importantly, choose to forgive and forget. You have to be responsible for your choices. Remember that every moment is a choice.

Choose to Be Happy

It all starts with being happy. Positivity stems from happiness. When you are happy, you are brimming with positivity, and you will realize that it is way easier to accept that things do not work out the way you want them to.

Getting over someone is very difficult. The same is true when you are considering whether you want to be friends with your ex or not. After a breakup, it is difficult to talk to that person you once loved.

It becomes extremely difficult when your friends start to ask pressing questions that merit awkward answers and bitter smiles. This is completely normal and understandable because there’s a lot to take in and you invested feelings and time (and money) on that person.

Staying friends- Is it possible?  It boils down to two answers: Yes and No. A lot of work has to be done before you can start being friends again. The key to making your choice work is that you have to be sure of yourself and that you are making the decision with the right intentions.

Do you want to know exactly how you can make any man adore and cheerish you for the rest of your life? Checkout What Men Secretly Want by James Bauer to discover the #1 secret that makes every man chase you.